Hippolyte Beillevaire was born in France, on January 23, 1848, to parents Louis Beillevaire and Therese Hubin. He studied at Chauve College, as well as both seminaries at Nantes, where he was later ordained, on December 21, 1872 by mgr. Fournier. He spent five years in a professor role, first at Nantes, and then Guerande Seminaries. Following this position, he became a perish priest for three years, at Saint - Lyphard. The challenge of a frontier lifestyle was an unquenchable thirst for Father Beillevaire. Perhaps it was Bishop Grandin on a recruitment trip to France, in 1879, on behalf of St. Albert Mission, who first awakened this longing. Father Beillevaire boarded a ship from France, bound for New York in 1880, followed by a train to St. Paul, before making his way on wagon trails to the St. Albert Mission, in late 1880. At the time of his arrival, Edmonton was little more than a walled off trading post.

On his arrival at the St. Albert Mission, Father Beillevaire began to learn survival skills, along with the ways and mannerisms of the indigenous peoples he hoped to serve, including learning the Cree language. It is said, Father Beillevaire eventually became more fluent in the language than his instructors, a skill he put to use as translator for merchant Francois Adam, according to Battle River Country: The History of Duhamel and Area, and others.

Father Beillevaire's first, hastily constructed home was on the land today known as Maskwacis. He was apparently asked to move to a nearby Metis settlement by a memeber of the Laboucanne family, a large family of freighters, who had recently settled on the banks of the Battle River. This establishment flourished there, until the Railway age. Father Beillevaire is said to have been a generous soul, with slightly eccentric tastes in decore. He lived a long life of passionate service. When offered a more restful position back in his native France nearing the end of his days, he politely refused, having decided that he could do more good along the banks of the Battle River. He is buried at the St. Thomas grave yard, behind the church he served in for decades.

Today, a monument demarcates the original settlement, later named Duhamel, after the Archbishop Josheph Thomas Duhamel, of Ottawa. The Duhamel Historical Society cares for the land there, which is a treasured campsite. The original church, one of the first built west of Winnipeg, is also lovingly preserved by the Duhamel Historical Society, and is open to the public daily. For more information on this structure, click this box: 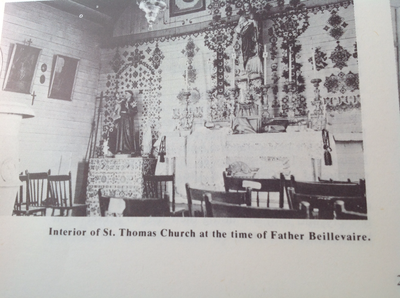 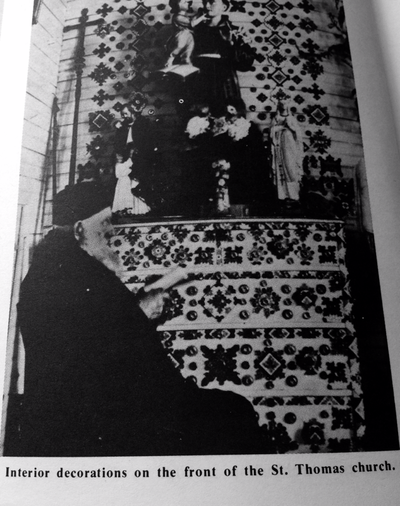 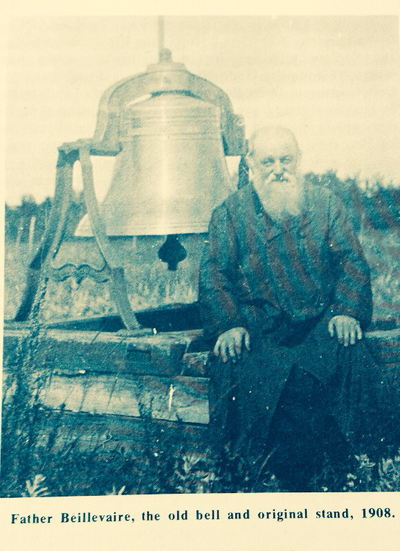 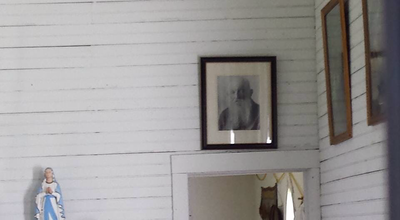 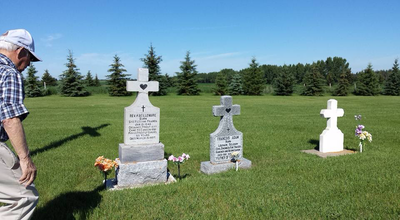 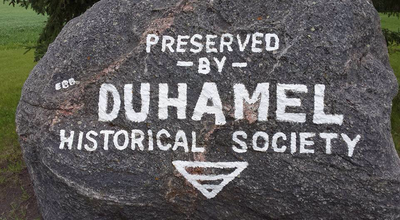